Protecting resources, promoting industry, and working together for healthy fisheries across Montana. 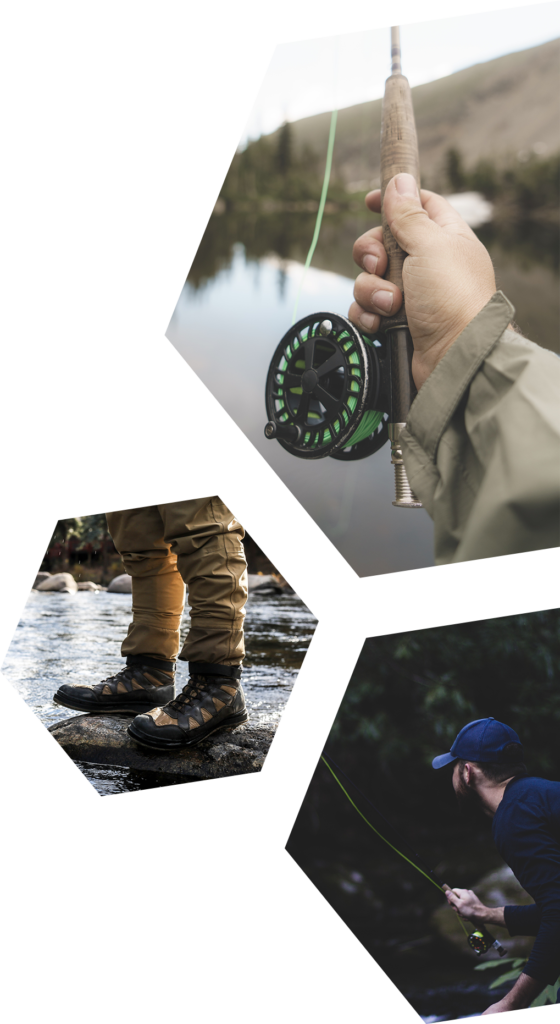 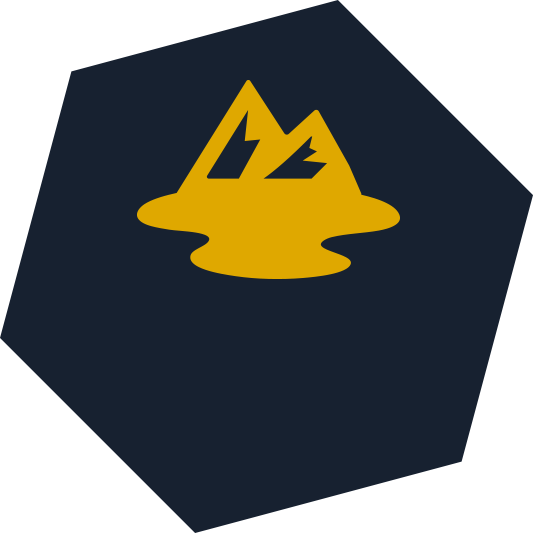 To protect and preserve Montana’s fish, wildlife, and aquatic resources. 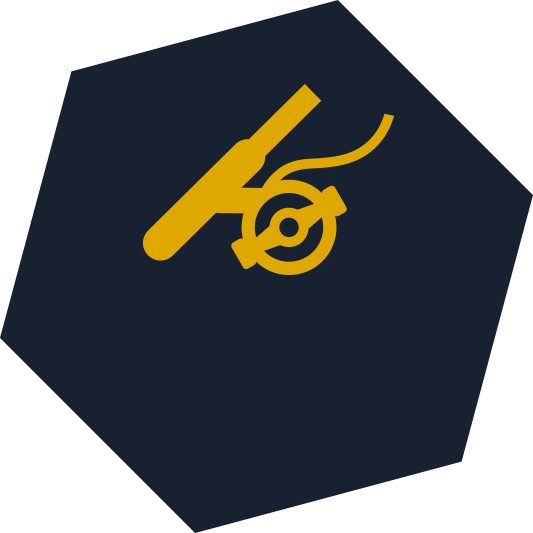 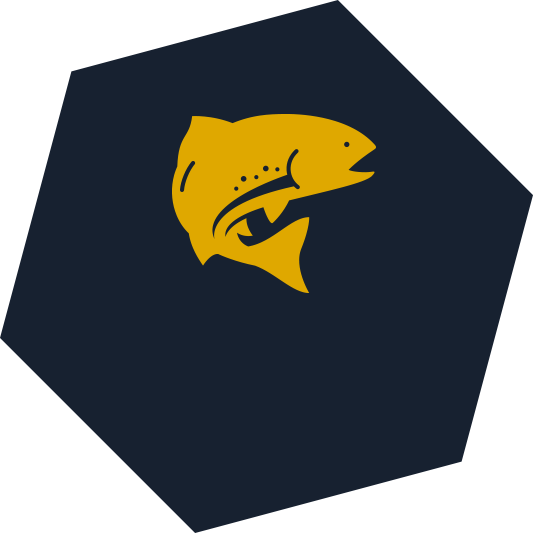 To work with individuals, groups, and agencies in all matters of administration and regulation affecting fisheries and our fishing industry.

Since our foundation, we’ve grown to over 830 members and expanded our service offerings. As demand has increased, the fishing outfitting industry has grown significantly and more and more individuals want to become licensed guides and outfitters. We’re here as a resource to you. 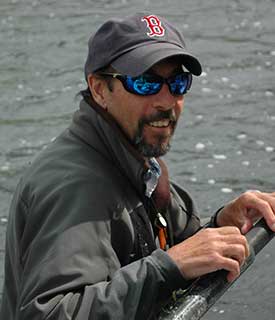 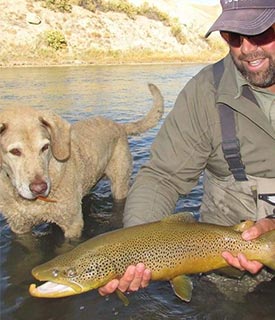 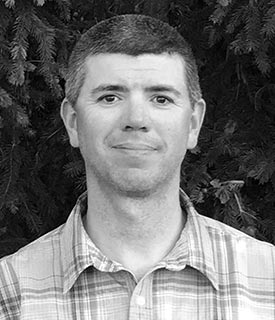 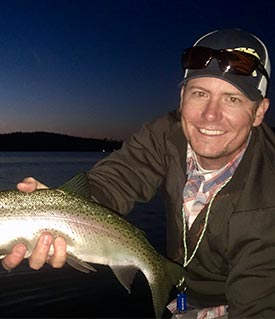 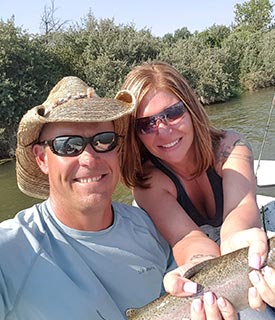 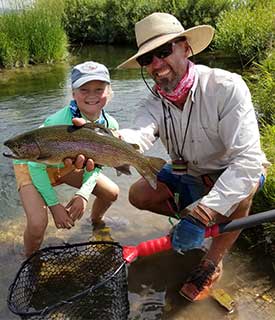 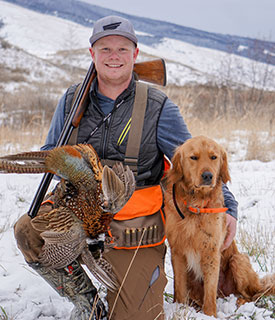 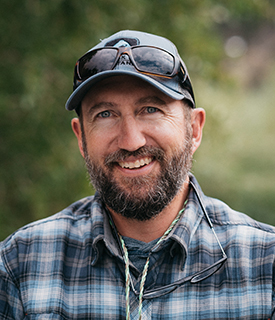 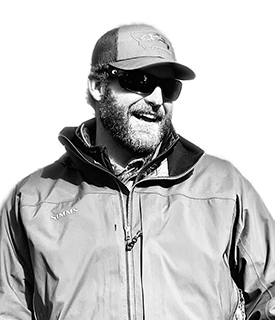 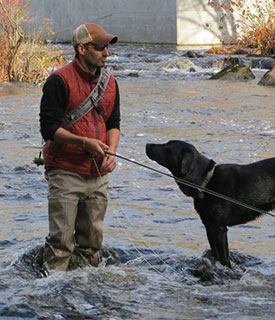 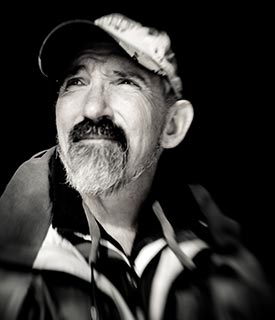 As FOAM’s Executive Director, Mike brings with him an extensive background in conservation, which makes his advocacy with agencies, legislators, and the public especially valuable. A licensed Montana outfitter and Idaho guide, Mike spends some of his time during the summers guiding out of Island Park, Idaho. He makes his home in Twin Bridges, MT.

In addition to his work with FOAM, Mike serves as the Principal Ecologist for EcoSystems, LLC, his own environmental consulting company. He is also currently the entomology instructor for the Western Rivers Guide School out of Victor, ID and was director and instructor at the Hyde Outfitter Guide School for nearly 10 years. His conservation work centers on stream restoration, enhancement, ecology, and aquatic entomology. He has published several papers in scientific journals and has authored over 30 scientific presentations on wetland restoration ecology, wildlife population and habitat ecology, and aquatic entomology.

Mike earned his Ph.D. in Wildland Resource Science from the University of California, Berkeley in 1994, specializing in population and habitat ecology. He also holds an MS in Wildlife Management from Humboldt University (1989) and a BS in Wildlife Science from Unity College in Maine (1984).

Jason Fleury started guiding in southwest Montana while attending college for a business degree at Montana Tech in 1995.  After finishing up with college and guiding in numerous areas throughout Montana, he settled in Bozeman on the banks of the Gallatin river and started TroutChasers Lodge with his soon-to-be wife, Julie.  Together with their two daughters Annalise and Isabelle, they have been hosting guests and guiding for the last 16 seasons. He has been on the FOAM board since 2017 and enjoys helping to represent outfitters in the many arenas in which FOAM supports our industry.

Tony Reinhardt has a BA from the University of Montana and is a 20-year guide and outfitter in Missoula, Montana, as well as a travel advisor for Wild On the Fly Adventure Travel. He has also been a keynote speaker for dozens of fly fishing clubs across the country. Tony participates annually in the Casting for Recovery “Cast One for Hope” fundraising event and also volunteers at the Missoula Food Bank.

An avid hunter, Tony enjoys Montana’s long hunting season and spending time with his family. He loves that his office is on Montana’s rivers and says that bringing people joy makes for a fulfilling career. He is passionate about the sheer beauty of Montana and the limitless opportunities provided by our public lands and waters.

Chris Bradley is a native Montanan who cut his teeth at an early age chasing trout all over this great state. As co-owner and outfitter of The StoneFly Fly Shop in Butte Montana, FOAM Director, and Scott Fly Rod prostaff, Chris’s number one goal is to ensure his clients have a memorable trip on our waters. From beginners to expert anglers, his demeanor and work ethic are a constant, and he’s one of the most easy-going guides you’ll find. When he’s not on the water, his nine-year-old twins, lovely wife, and classic motorcycle keep him busy.

Jeremy Gilbertson lives in Billings with his wife and family, and operates mainly on the Bighorn and Lower Yellowstone Rivers.  He is entering his 20th season in the fishing business, and represents Region 7 as their director.

Phil has been part of the guiding community in Southwest Montana for over 22 years, working for a classic smaller-sized outfitter during the fishing season and finding the yin to the yang ski patrolling at Bridger Bowl during the winter. As the owner and operator of a small property management company in Bozeman, Phil finds a way to stay busy year round. He is honored to work with such a great and dedicated Board of Directors at FOAM and enjoys his free time with his wife and kids.

Zach Scott moved to Missoula from Tulsa, Oklahoma to attend the University of Montana. While in school Zach worked in a Missoula Fly Shop and started guiding. Zach is now in his 7 year of guiding. Zach Has been an active member and supporter of FOAM through his guiding career. When not rowing, Zach enjoys upland and waterfowl hunting with is dog Leo.

With a BA in journalism from Grand Valley State University, a 20+ year career in the Michigan metal casting industry and a life-long obsession with trout and moving water, Jason Orzechowski has traveled many roads to arrive in the outfitting industry in Montana where he forged a new career in 2012. In addition to his work with FOAM he is a licensed Montana Outfitter and Guide and is the owner of Wolf Creek Angler Fly Shop and Lodge as well as Iron Fly Outfitting LLC. Jason also serves on the board of the Pat Barnes Missouri River Trout Unlimited Chapter in Helena as Vice President and is a sustaining member of and River Ambassador for the Upper Missouri Watershed Alliance (UMOWA).

Jason loves to share his passion for the natural wonders of Montana be it on the water with clients or through Wolf Creek Angler’s “Running Line” Blog and social media outlets. He is also passionate about the issues facing the industry and prides himself on a commitment to a big-picture approach. He is proud to represent the outfitters and guides of the Missouri region. Jason lives in Helena with his wife Sheila, their son John and their Yellow lab Jake. He enjoys spending his free time exploring the endless waters of Montana.

Paradise Valley, near Livingston, MT has been the home of the Nelson family for generations. Tucker grew up on the family ranch and learned to fly fish at a young age on the fabled Nelson’s Spring Creek. After high school in Livingston, MT, Tucker attended Gonzaga University in Spokane, WA. The trout streams of Montana eventually lured Tucker away from the promise of a high paying city job and he moved back to Bozeman and finished up his degree at Montana State University.

During his last year of college in 2006 Tucker began guiding fly fishermen on the Paradise Valley Spring Creeks and surrounding waters. In 2010 Tucker acquired his Outfitter license and now, along with his wife Jacquie, runs Nelson’s Guides and Flies and the S|N Fly Shop.

Tucker loves to fish and finds tremendous satisfaction in sharing this passion with others. When he is not guiding, he is either working on the family cattle ranch, or fishing with his wife Jacquie and two children Morgan and Ander.

Daniel Smith holds a BS in Marine Engineering Operations from Maine Maritime Academy and a MBA in Finance from Southern New Hampshire University. He spent fourteen years shipping all over the world. The last ten years as Chief Engineer, on both merchant and military vessels.

Fed up with a career that interrupted the fishing season and major hatches, Daniel retired from the Merchant Marines to become a fishing guide based out of Bozeman. When not guiding Daniel can be found fishing all over Montana or tropical destinations for permit and tarpon.

After receiving a BA and an MA in Linguistics from the University of Oregon in 1983, Brant worked as the director of the Orvis West Coast Fly Fishing Schools in San Francisco, then as school program and sales manager for Club Pacific, a fly fishing travel service. In 1987, he and his wife moved to Livingston, MT, where he worked for Yellowstone Angler until 2004. As a licensed Montana outfitter, Brant currently guides, teaches fly casting and fly fishing clinics, ties custom flies, and has worked as an adjunct instructor at Montana State University.

In addition to spending time on the water, Brant has contributed to a wide variety of print publications, including being featured as a columnist in both The Angler’s Journal and Wild Trout Journal. He has also been active with local conservation groups, serving on the board of directors and as the board president of the Joe Brooks Chapter of Trout Unlimited and Park County Environmental Council. From 1997 to 2003, he also served as conservation group representative for the Governor’s Upper Yellowstone River Task Force.